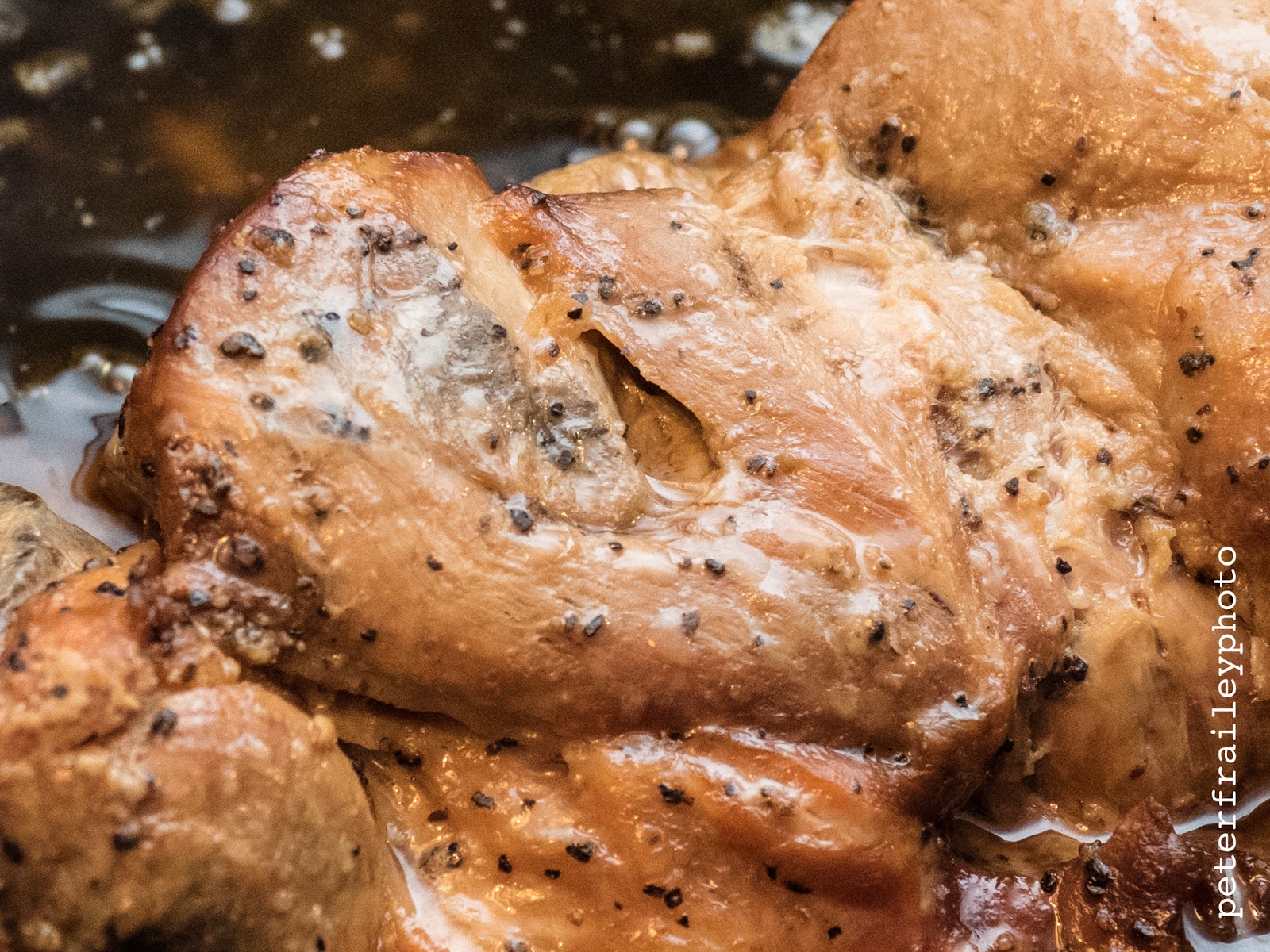 I really enjoy tender meat that falls apart when you touch it with a fork.  Laurie could barely get it out of the crock pot because it kept falling apart as it was pulled out of the juice in the crockpot. She served in over mashed potato and with roasted cauliflower as the side dish. 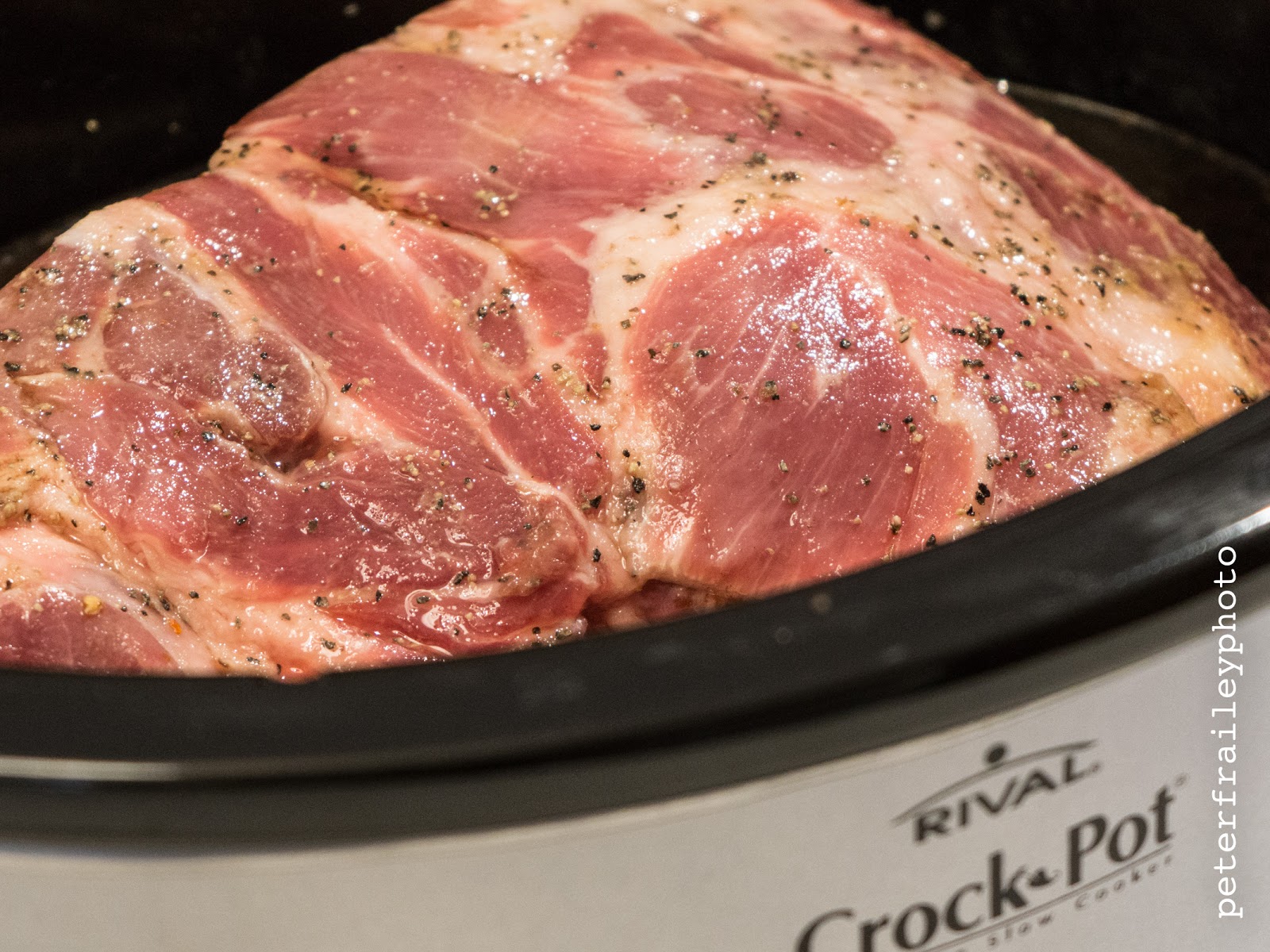 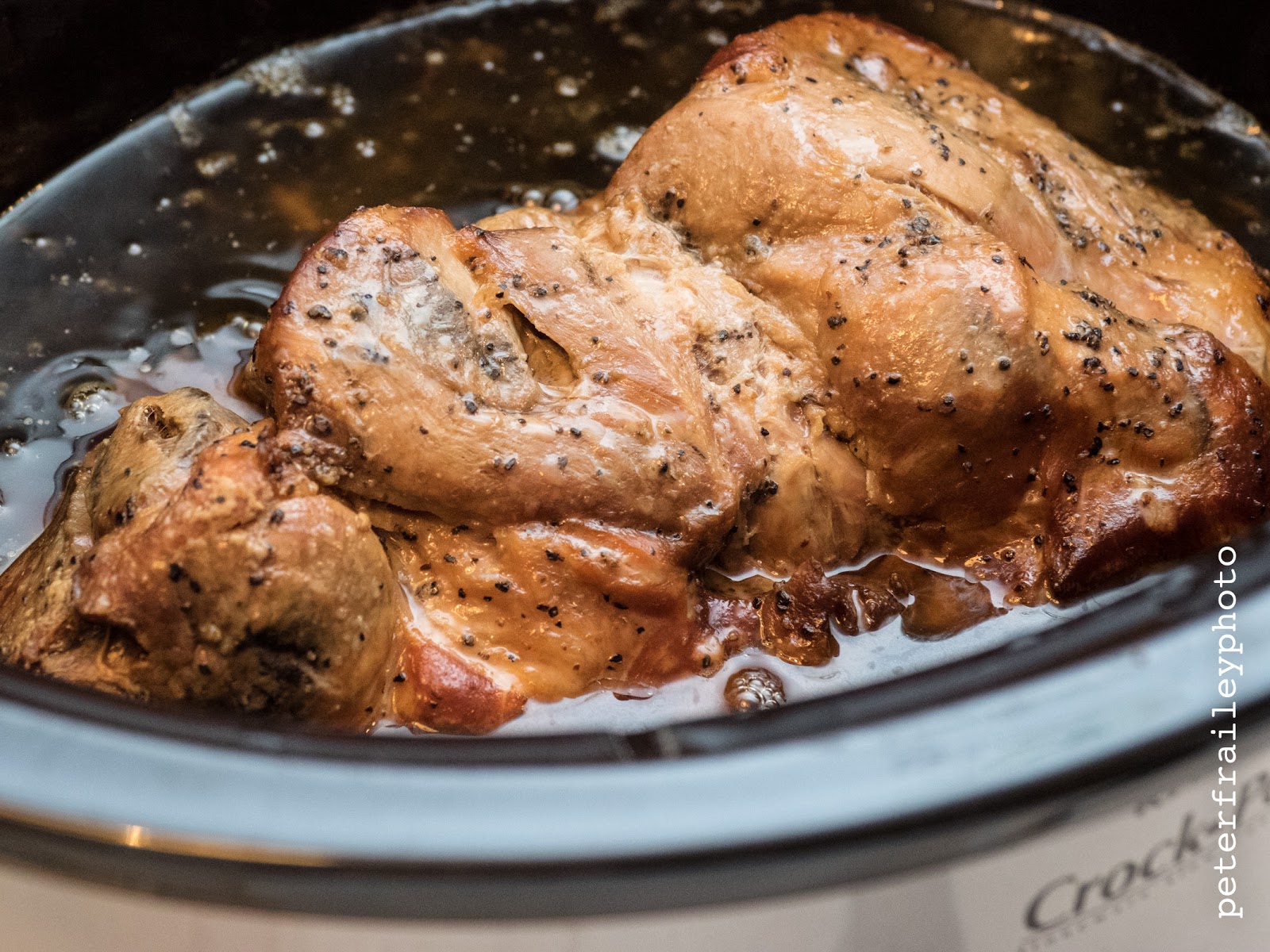 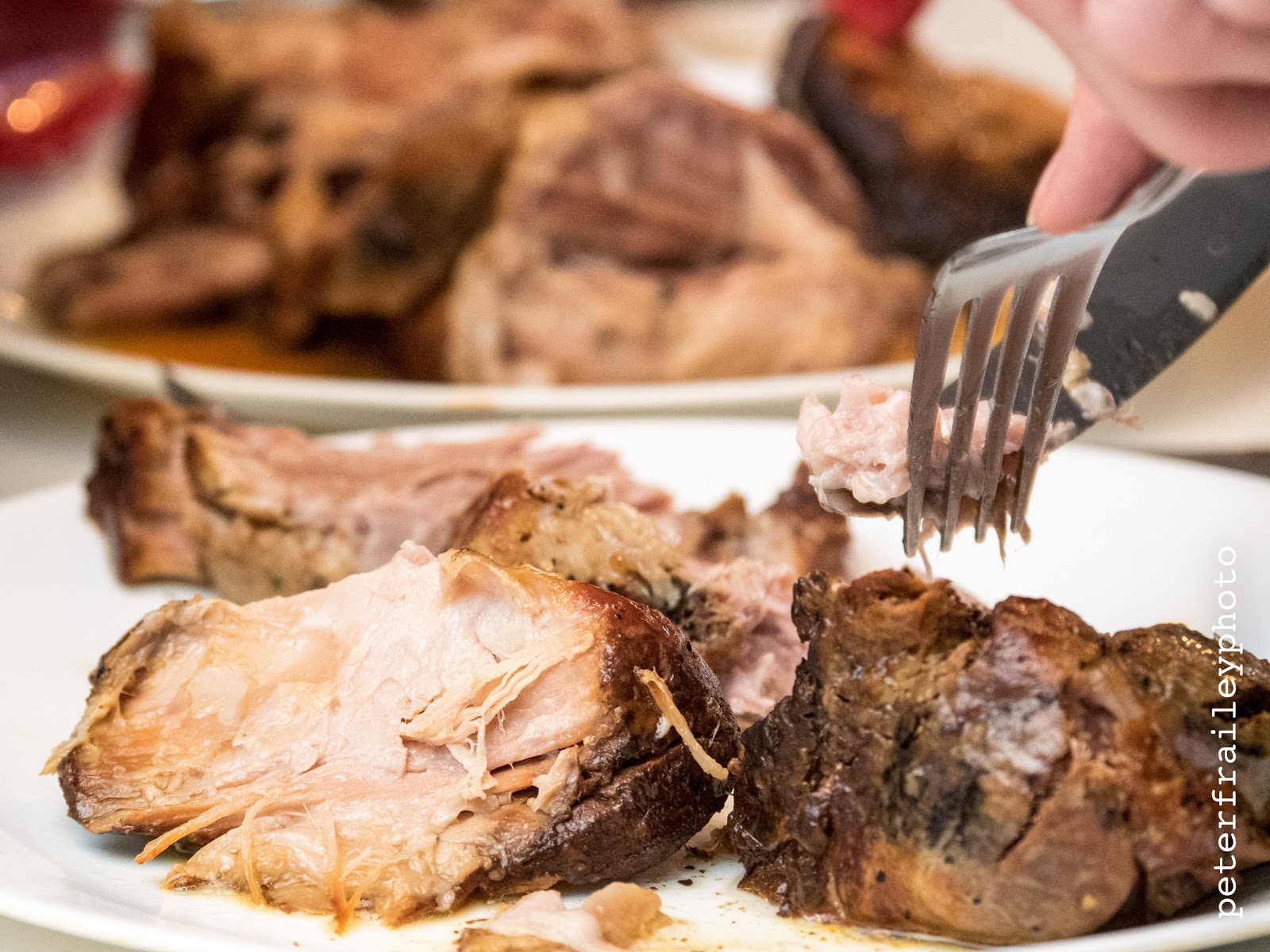 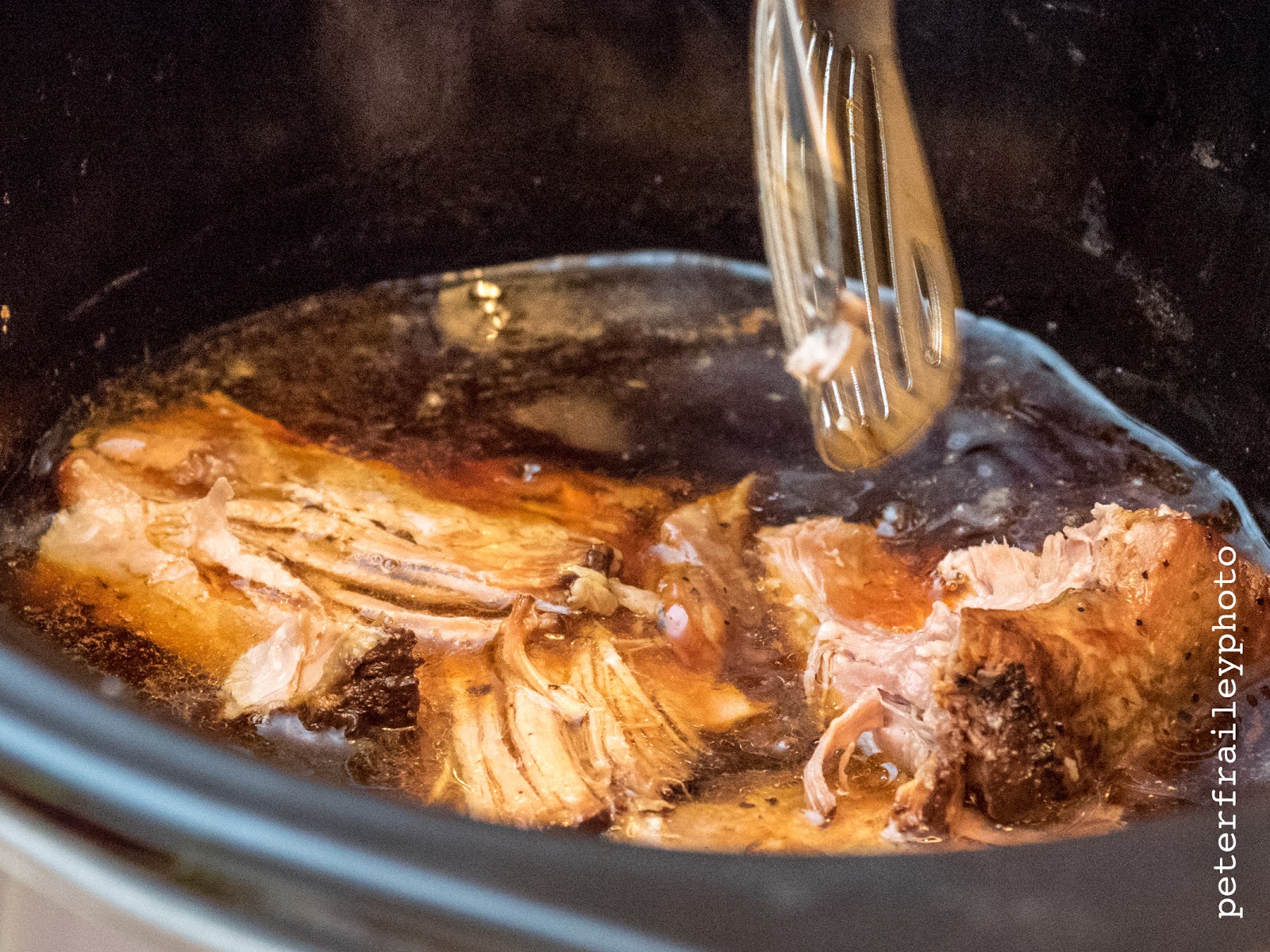 To keep the meat warm and moist until the rest of the dinner
was ready, it was placed back into the crock pot full of
flavorful liquid and broth. 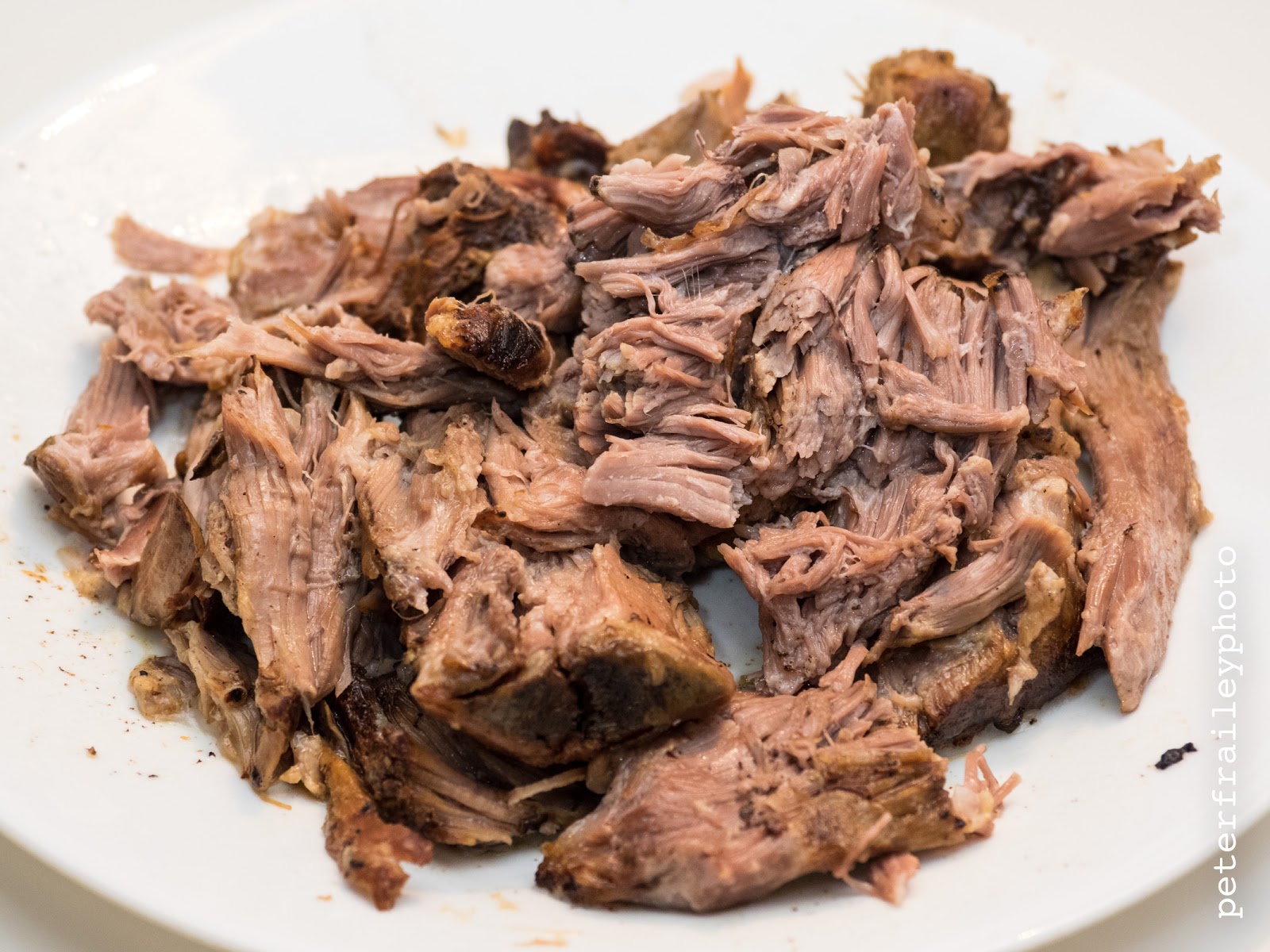 Ready to be served!  (Just a portion... there was plenty for leftovers) 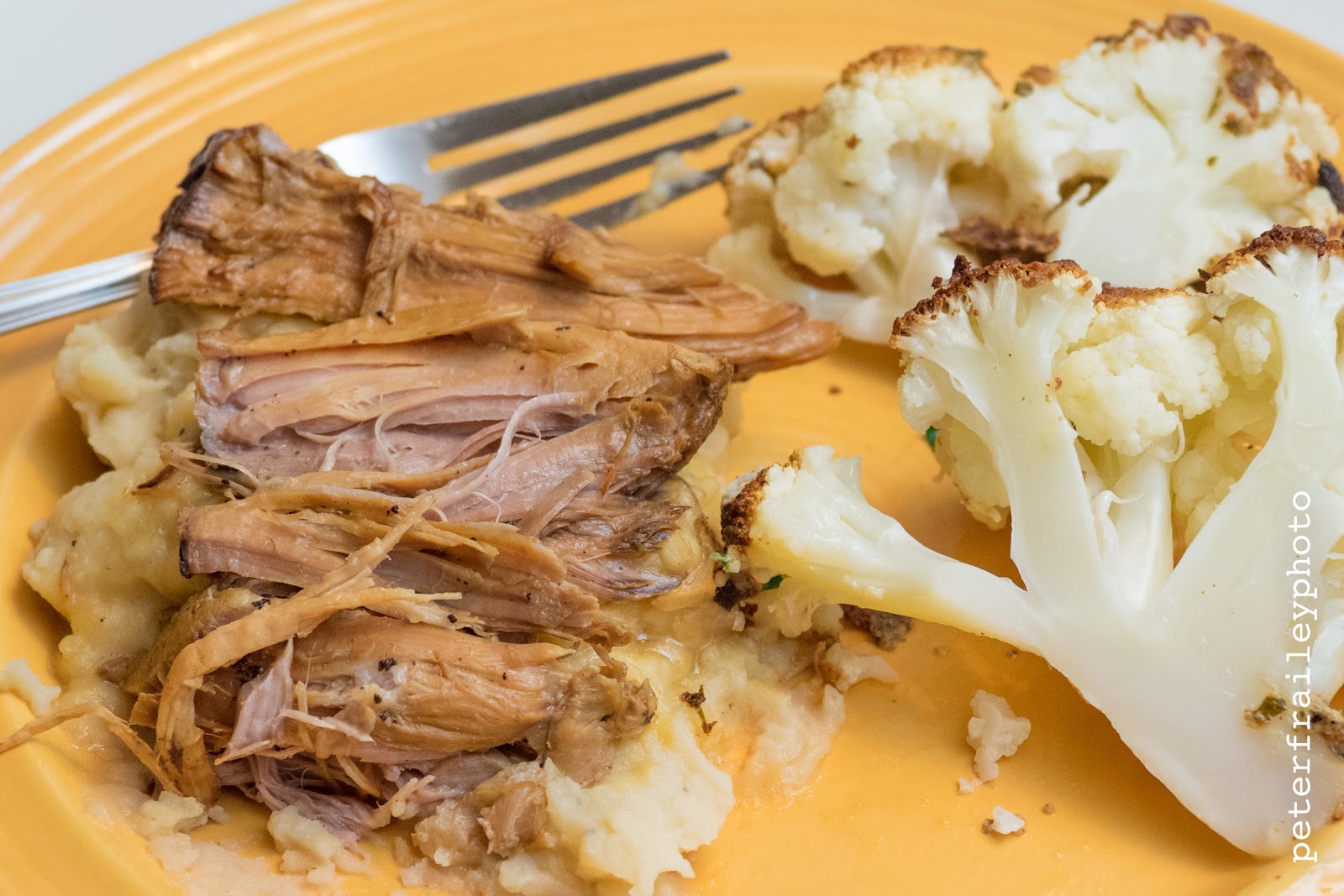 Yes.  I need to learn how to stylize food!  But my dinner was getting cold!
Dinner tonight: pork, left over mashed potato, and roasted cauliflower.