Sheet Pan Chili Lime Shrimp (On Fajitas or with Rice)

As cooked by Laurie 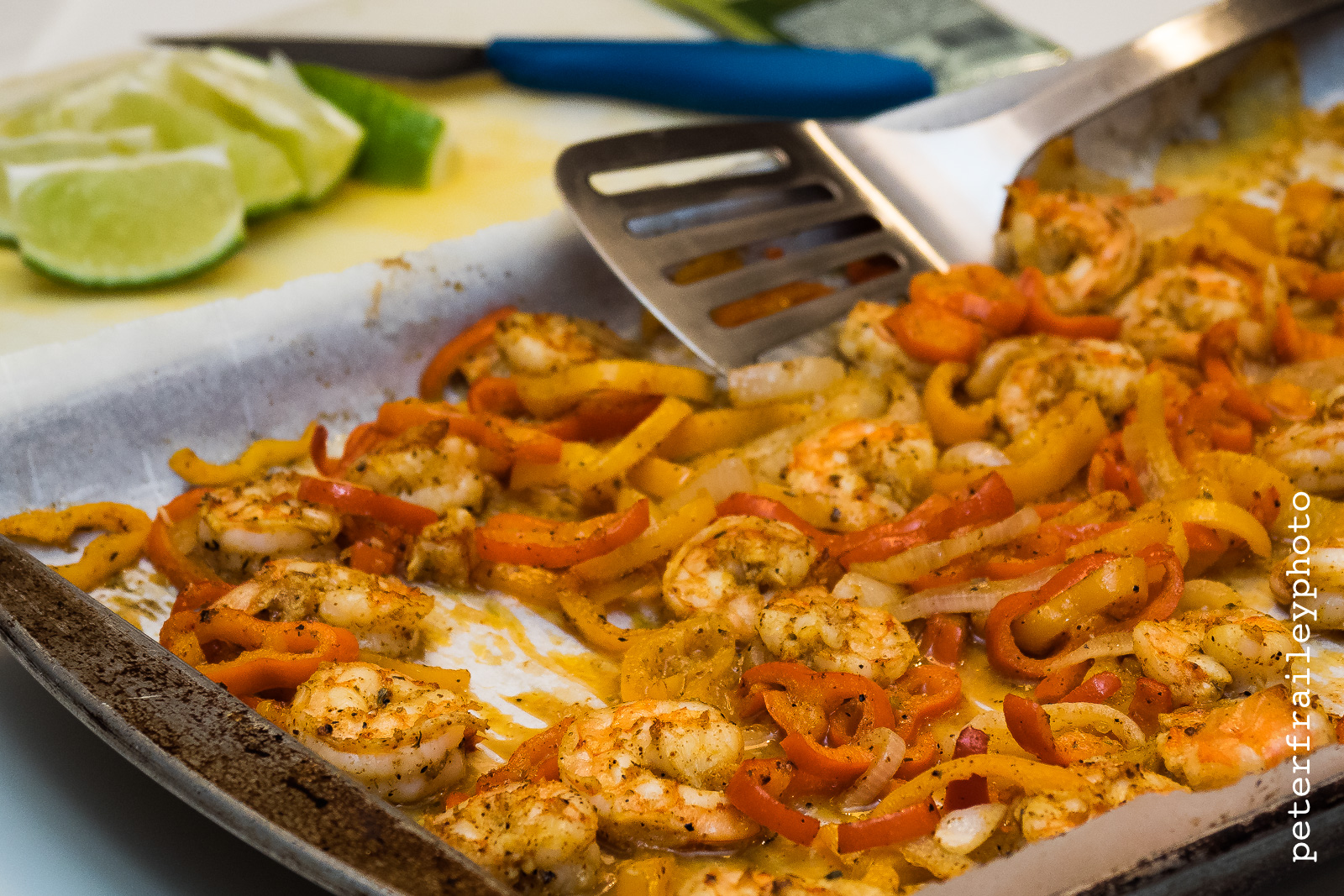 Wow.  This is my new all-time favorite shrimp recipe.  It's a recipe from lecremedelacrumb.com which has been slightly modified.

Yes, it looks pretty unremarkable, with just shrimp, onions and peppers as the food ingredients. But it is the addition of fajita seasoning, chili powder, lime juice and cilantro that really makes it mouth-watering. I know I made some kind of “yum” noise after each bite.

Laurie served it on rice rather than fajitas, but only because we had lots of left over steamed rice from picking up Chinese food over the weekend. I had my chili lime shrimp tonight with the rice side-by-side with the shrimp; while Laurie scooped her shrimp on top of the rice.  Each to his/her own!  I’m thinking the fajita approach would be messy, but I can’t wait to try it that way! Next time! 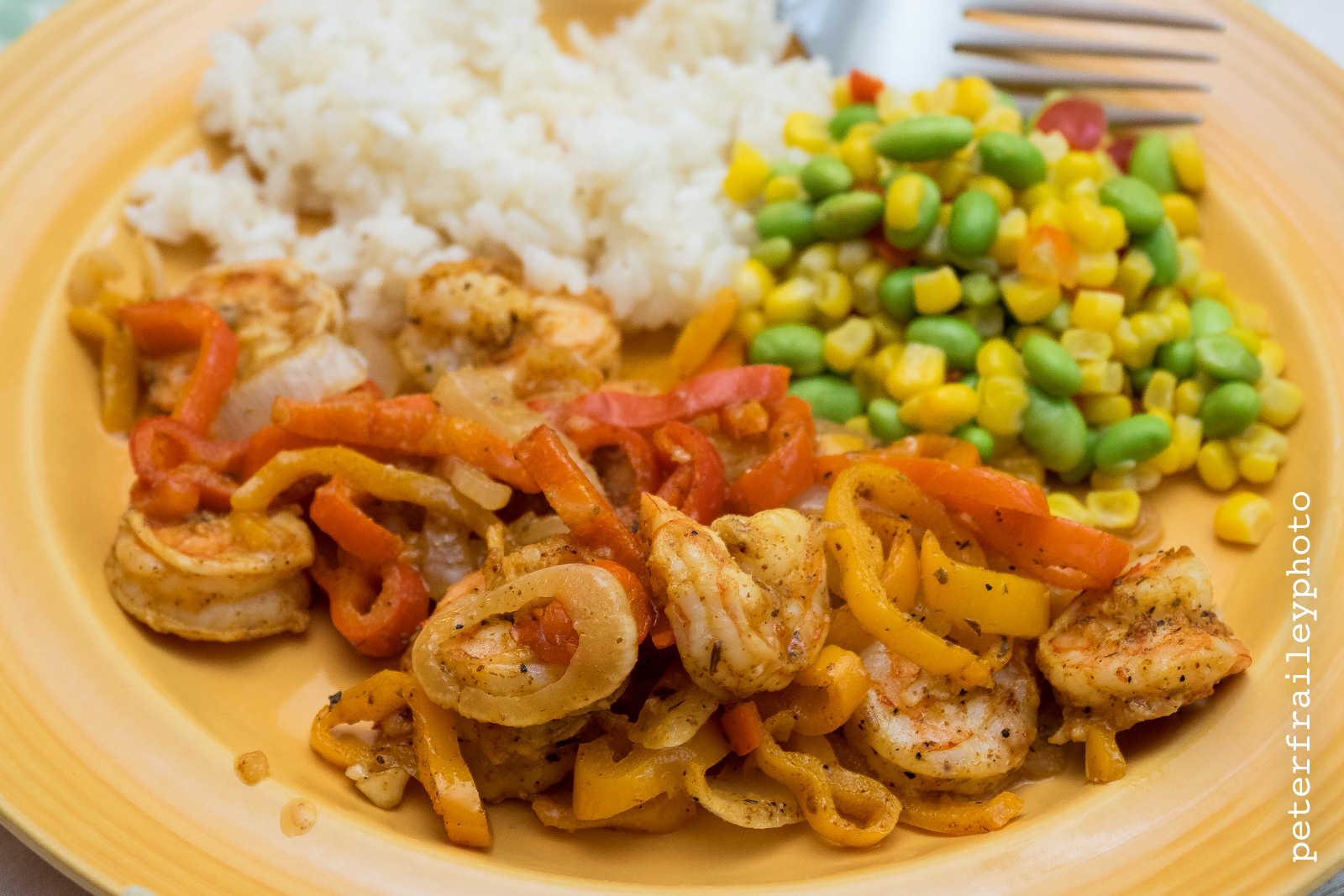 Instructions are at lecremedelacrumb.com, here